Embrace the unexpected.  It might be the best experience ever.

Back in December I was at a leadership retreat. I had the chance to stand in front of a group of people and practice story telling. Somewhere in the middle of telling that story, the ending changed.

Expect the unexpected.
This was the story of my 2011 trip to Budapest when I lost my passport.

I took my first solo trip to Europe and made my way to Budapest with a friend over the weekend to see Parov Stelar at Boloton Sound. Excellent concert marred only by the fact that the night before I had lost my passport. On a Friday night and the US Embassy didn’t open until Monday morning. My flight was Sunday morning.

The story was supposed to be about how utterly horrible it is to lose your passport. About what a major inconvenience it was. About how I hated Budapest.

But the story changed.

I had all of Sunday to myself and if you’ve never been to Budapest in July I’ll tell you it’s one, if not the, hottest & most humid place on earth. I spent all day Sunday, miserable, hopping from one air conditioned coffee shop to another. Something to drink & free wifi.

As I shared my story I remembered that every coffee shop I visited played music. 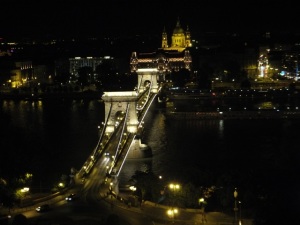 As I wrote back in March, at some point I learned that life without music is a waste. It often bookmarks points in time. It was the sound track to family vacations.

As I wandered around Budapest on that

hot Sunday, I built a playlist of music – a soundtrack of my Sunday in Budapest – I heard while in random coffee shops. Some I had heard, some was new to me.

My story changed
As I tried to wrap up my story and how terrible it was to lose a passport, as I told my story of walking around picking up new music, suddenly the end of my story changed.

The play list of music I collected that Sunday is still on my phone. I listen to that playlist and it takes me back – instantly – to that Sunday.

My story telling ended with me realizing that that one day in Budapest on my own sits firmly in the list of top life events. Despite the heat. Despite the inconvenience.